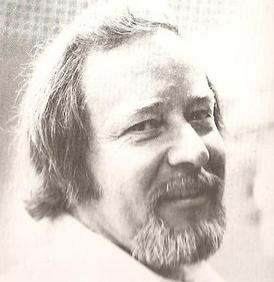 Lloyd Ketterling chose the path of music education in public schools.  After graduation from Concordia and a three year stint in the United States Army during the Korean War as a Morse code operator, he acquired his first position as a choir director (coordinated by his Concordia choir director and mentor Paul Christianson) in the small town of Blue Earth, Minnesota.  After two years of teaching he took notice of the new art teacher Patte Skarshaug, and the two were married the following year in 1957.  They moved to Rochester in 1959 where Lloyd was hired as the choral director at Central Jr. High and then Kellogg Jr. High.  In the early years, he not only taught choral music but found time as a frequent tenor soloist with the Rochester Symphony and soloist with the Rochester Community Band at Silver Lake singing patriotic songs on the Fourth of July.

In 1966, he took the position as choral director at John Marshall Sr. High School, and the rest, as they say, is history.  He built the choral program from one small mixed choir into three auditioned choirs with over 250 students involved.  Every year he produced and directed the music for a winter musical.  He performed the classics of Rodgers and Hammerstein (The King and I, South Pacific, and Oklahoma!), and the classics of Lerner and Loewe (Camelot and Brigadoon).

Lloyd actively encouraged his choral students to participate in these grand productions, but also encouraged any student interested in acting or dancing, stage construction or lighting, recruiting from the band and orchestra and throughout the high school.  He even went into the community and recruited students who participated in church choirs.  His personal invitations to participate often made the difference.  His mentorship, enjoyment of working with young people, and clearly the love of what he was doing, were contagious.  Not surprisingly, his students loved him.  He was a class act, a terrific educator, well-trained, generous, yet soft-spoken and shied from the spotlight.  It was always about the kids and exposing them to the joys of music, which for thousands of grateful students over 21 years at John Marshall, he hooked them into their life-long musical journey.  His graduates include soloists in Opera out east and here in the midwest, numerous school music teachers, church choir directors, at least one doctoral-level music professor, and of course, innumerable singers and supporters of the arts.  Mr. K retired from John Marshall High School in 1987 but kept involved in music education as a substitute teacher and teaching private voice lessons.  He also sang with several choral groups in Rochester, including a few years as a tenor with Choral Arts Ensemble.