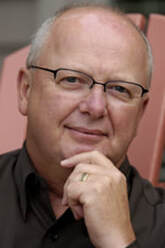 The third Lloyd Ketterling Christmas Carol, composed by Robert Sieving, will be premiered by CAE at their Christmas concert at Assisi Heights.

Robert Sieving (b. 1942) is a Minneapolis-based composer and arranger following a career as a high school choral music educator. In addition to his choral pieces he is also active as a composer and arranger of works for string orchestra. He is a past president of American Choral Directors Association (ACDA) of Minnesota and a recipient of the ACDA of Minnesota Conductor of the Year Award and the Plymouth Music Series (now VocalEssence) Award for Creative Programming.