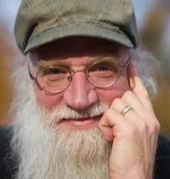 The seventh Lloyd Ketterling Christmas Carol, composed by Daniel Kallman, will be premiered by CAE at their Christmas concert at Assisi Heights.

Daniel Kallman’s compositions for orchestra, winds, and choir are widely published and have been performed across North America, Europe and East Asia. His steady stream of commissions also includes music for worship, theater, dance, and the young musician. Kallman has composed for the National Symphony Orchestra, the Air Force Academy Band, the Hong Kong Children’s Choir, the Minnesota Orchestra, A Prairie Home Companion, and a wide variety of vocal and instrumental ensembles. He has received support from the American Composers Forum, Meet the Composer, and the McKnight and Jerome Foundations. Kallman is often invited to conduct his own work and to speak with students and audiences about his compositions.

​Daniel Kallman was born in 1956. He received his musical training at Luther College in Decorah, Iowa and at the University of Minnesota where he studied composition under Dominick Argento and Paul Fetler. The principal publishers of Kallman’s music are Shawnee/ Mark Foster Press (children’s choir), MorningStar Music (church choir), Boosey and Hawkes (winds and choral), Lauren Keiser Music (orchestral), and Kallman’s own publishing company, Kallman Creates Publications. All of Kallman’s works are catalogued on his website at www.kallmancreates.com.