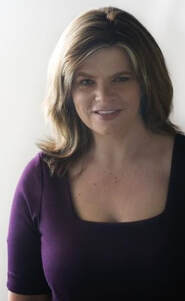 The ninth Lloyd Ketterling Christmas Carol, composed by Linda Kachelmeier, will be premiered by CAE at their Christmas concert at Assisi Heights.

Linda Kachelmeier (KAH-hul-my-er, b. 1965) is a composer, conductor, and professional singer based in Saint Paul. Her special passion is for choral music and art song because of their unique capacity to convey emotion through the voice. She is interested in the line and curve of melody, and in rich, rhythmic textures and layers. Her vast experience as a singer and choral conductor has made her a uniquely sensitive composer for voice, writing for children, professionals, and all levels in between. From the individuals’ sounds she strives to create a “company of voices,” incorporating the distinct qualities of the singers into an orchestral texture. Her influences are varied, from medieval chant and polyphony to gospel and folk. Her music has been described as austere but also luscious and fun; she embraces that seeming contradiction.
​
Linda has composed more than forty works and has been awarded grants sponsored by the McKnight and Jerome Foundation, the Metropolitan Regional Arts Council, the Minnesota State Arts Board, and two Faith Partners residencies. Her work has been commissioned and performed by The Rose Ensemble, Cantus, and The Singers; by the tiny Village Church in downtown Milwaukee and large All-State Honor choirs in Minnesota, North Dakota, and Nebraska; and by the vibrant community choirs Calliope Women’s Chorus and One Voice Mixed Chorus. Her compositions have been performed at the Schubert Club and the Basilica of St. Mary in the Twin Cities, the Getty Art Museum and Carnegie Hall on the coasts, as well as in many school gymnasiums and small churches.