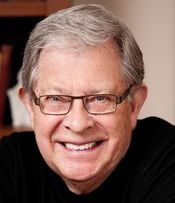 The sixth Lloyd Ketterling Christmas Carol, composed by Dale Warland, will be premiered by CAE at their Christmas concert at Assisi Heights.
​
The distinguished career of choral composer and conductor Dale Warland spans more than six decades and has made a profound contribution to the music of our time.   Founder and music director of the The Dale Warland Singers, Warland developed an ensemble known for its flawless sound, technical finesse, and stylistic range.  With the Dale Warland Singers, Warland commissioned over 270 new choral works and fostered the careers of an entire generation of composers.  The 29 masterful recordings produced by Warland and the ensemble include Walden Pond, nominated for a Grammy Award for Best Choral Performance in 2003; Harvest Home, which reached number 11 on the Billboard Top Classical Albums in November 2005; and Lux Aurumque, which was named a Top Ten Classical Album by National Public Radio in 2007.